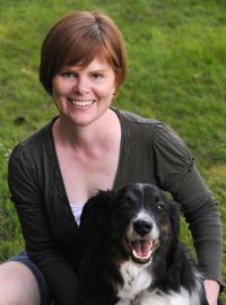 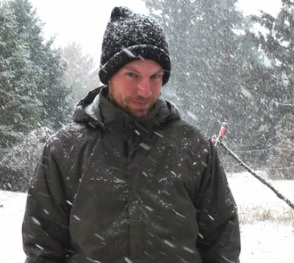 Jamie came to the lab with an extensive background in floristics and autecology developed over a decade working in the environmental consulting. In fact, when Jaime started his Ph.D., he was considered among the foremost experts on the flora of British Columbia.
Jaime's dissertation includes treatments of two genera, Antennaria and Symphiotrichum in British Columbia. These two groups are plagued by challenges that variously include hybridization, ploidy variation, and in the case of Antennaria, asexual reproduction (apomixis). Added to the fact that existing treatments did not include a full consideration of variability present in BC, the result was a pretty challenging quagmire.
​
Jaime was also a fellow in UBC's Public Scholar's Initiative, through which he worked with the BC Conservation Data Centre. 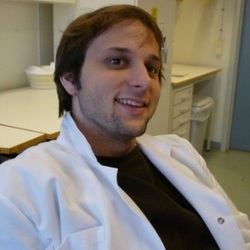 I am currently building off of excellent work done by current and previous Whitton-ites on Townsendia hookeri, a ​dainty and determined daisy with an iron will and mysterious history. Its distribution (though patchy) spans across a large portion of the North American Rocky Mountains where it can often be found on the most desolate, wind-swept hilltops in sight. This plant is special because of its two forms that differ drastically in reproductive strategy and geographic distribution: sexual diploids that live in the south and apomictic (utilizing asexual seed production) polyploids in the north. This agamic complex features a classic pattern of geographic parthenogenesis, which is characterized by sexual and asexual populations that differ in their distributions; asexuals tend to have a broader distribution than their sexual counterparts, often inhabiting areas that are more remote and have higher elevations. Adding to the intrigue, we have yet to find a population where both sexual and asexual forms coexist. These patterns elicit many questions: Why do the two forms have separate distributions, and is the basis of this separation ecological, reproductive, or genetic? Why do the asexuals have a much broader distribution than the sexuals? Is there some sort of reproductive interference that prevents the two forms from living together?

So far the main thrust of my PhD work has been establishing a common garden experiment that should help us figure out just what is going on with
Townsend’s Easter Daisy. We have road-tripped extensively up and down the eastern side of the Rockies, collecting seeds from several populations of both reproductive types. We have germinated 4000+ of these seeds here at UBC, which will be grown up and hauled back to the Rockies and planted in pairs of common gardens at representative sites in Montana, Wyoming, and Colorado. In addition to collecting the resulting fitness data, we also plan on assessing germination success and pollinator visitation. These data, in combination with Chris Lee’s niche models and Alice Garani’s work on reproductive interactions, should give us a decent shot at answering some of our burning questions about Townsensdia hookeri and (by extension) the evolutionary dynamics of agamic complexes.
Natasha Bush
Natasha started her M.Sc. in 2018.
Details coming soon
Barbara Neto-Bradley
Barbara started her M.Sc. in 2018, and is co-supervised by Matt Pennell.
Details to follow. 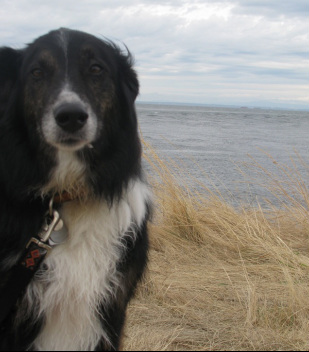 Smudge has been the official greeter in Biod​iv 221 since the building opened in 2009.  Although he is now semi-retired, his UBC duties consist primarily of lying around the office, visiting with anyone who has time for an ear scratch and a chat. If you see him standing in the office doorway it means that Jeannette has gone to the kitchen for a snack, and she will be back soon or possibly NEVER.  What if she never comes back?  Best to look worried just in case… 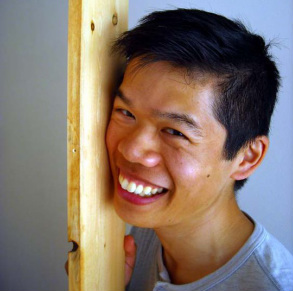 Chris is currently a research associate in the lab of Kay Hodgins at Monash University.
Townsendia are charismatic daisies predominantly found in the Rocky Mountain regions of North America and Mexico. Comprised of <30 known species, this group nonetheless encompasses a great deal of botanical diversity. In addition to its characteristically diminutive and cushion-like perennial species, Townsendia also includes lanky roadside annuals and tall, rhizomatous biennials. Some taxa are narrow endemics with small ranges, occurring in specialized edaphic conditions; others are more common and fairly widespread. Several Townsendias, such as T. hookeri,  include both sexual diploid and apomictic polyploid populations. For all its diversity, the interspecific relationships within Townsendia are neither taxonomically nor morphologically clear. Thus, the first part of my research focused on utilizing several chloroplast DNA regions to infer relationships within Townsendia.
Ecological factors may have just as much effect in maintaining species boundaries as reproductive incompatibilities. My work also focuses on looking more closely at these ecological factors in a GIS and ecological niche modeling framework. With a preliminary phylogeny in hand, I examined differences and similarities between the climatic niches of sister species pairs.
I also used niche models to study intraspecific variation between polyploid apomicts and sexual diploids of T. hookeri. This widespread taxon exhibits a pattern known as geographic parthenogenesis where asexual (apomictic) polyploid populations are more widespread and typically at higher latitudes than their sexual diploid progenitors. This distribution may be a result of demographics and dispersal, and/ or it may be related to differences in the ecological tolerances of apomictic polyploids and sexual diploids. Niche modeling allowed me to take a closer look at the effect of the environment on the distribution of T. hookeri polyploids and diploids, enabling me to make inferences as to the causal factors behind the pattern of geographic parthenogenesis. 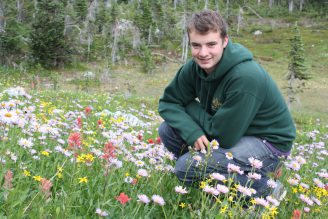 Michael was co-supervised by Sally Otto, and is currently a research Associate at University College of London.
His dissertation focused on models of life history evolution. 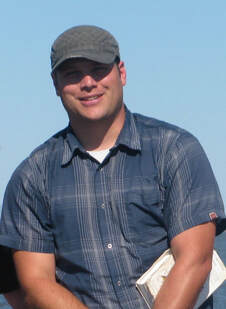 Chris (a.k.a. 'Big Chris') took on the Herculean task of resolving phylogenetic relationships in the North American Crepis, the original agamic complex monographed by Babcock and Stebbins in 1938. Chris conducted extensive field work to document the diversity of the complex, and worked out a protocol for estimating genome sizes from dried leaf tissue using flow cytometry - this was not easy, but was key to our new understanding of the origins of asexual polyploids. More than 600 genome size estimates combined with data from plastid DNA markers produced a landmark study of the group (Sears and Whitton, 2016). In addition to resolving relationships within the group, Chris found that ~40% of localities included multiple cytotypes and species of Crepis. This led to the analysis of co-occurrence that suggests that reproductive interference prevents sexuals fro co-occurring with apomicts, and that the absence of sex permits co-occurrence (Whitton, Sears and Maddison, 2017).
​
Alice Garani, M.Sc. 2014
​
​Alice focused on understanding the role of  reproductive interference in limiting coexistence of sexual and asexual reproductive types in Townsendia hookeri. She conducted a crossing experiment in the field and showed that pollen from apomicts can sire seeds on sexual mothers. She also saw that pollen transfer could lead to mentor effect - facilitated selfing in the presence of incompatible (or less compatible) pollen. 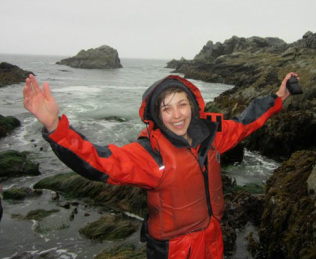 Jaime was supported in part by a UBC Science Undergraduate Research Experience (SURE) Award in 2014. After finishing her degree at UBC, Jaime went on to Tony Ricciardi's lab at McGill, where she completed an M.Sc. in 2018. She now works for the Wildlife Conservation Society of Canada.

Jaime's project involved looking for evidence of reproductive barriers between sexual diploids and apomictic polyploids in the Crepis agamic complex... and she found it!  Jaime's crossing experiment showed that pollen from octoploid apomictic Crepis barbigera can sire plenty of pentaploid hybrid seeds on diploid C. atribarba. We also found hybrids among the standing population. The data from Jaime's experiment, augmented by flow cytometry data collected by Evan Hersh are published as Hersh, Grimm and Whitton, 2016. 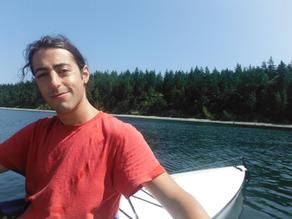 Alberto worked in the lab in 2013-2014, supported in part by a UBC Science Undergraduate Research Experience (SURE) Award.
When he was in our lab, Alberto conducted independent research on dispersal properties of Townsendia achenes (technically, these are fruits, but many people slip and call these seeds, because the whole fruit contains a single seed and disperses as a unit). Alberto built a chamber for measuring the terminal velocity of the achenes and found that the fruits of asexuals have lower terminal velocity (and therefore are better at dispersal) than the achenes of sexuals. This fits predictions of enhanced dispersal ability of asexuals. We're still working on publishing these findings, as part of a broader study of early life history traits of T. hookeri, led by Evan Hersh.
Alberto went on to complete an M.Sc. in 2018 at Wageningen University in the Netherlands, in their Environmental Systems Analysis Group. 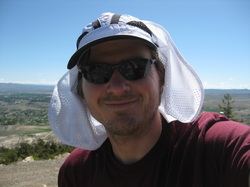 Adam worked in the lab from 2012-2015, helping with day-to-day operations and supporting the setting up of large-scale projects. These included ploidy screening using flow cytometry to detect cryptic variation in rare species and establishing common gardens across the Rocky Mountains to test for differences in performance between sexual and asexual populations of Townsendia. It was amazing to have such a capable, supportive and dedicated professional keeping the lab running smoothly, and supporting everyone work. We miss you, Adam!